Should I get the Canon R7 for Birds and Wildlife?

The Canon R7 is going to be a superb bird and wildlife camera.

The most important considerations you should have when considering a new camera are these:

– Will the R7 allow you to take amazing photos of birds?
– And will it be better than your existing camera?
– Can you afford it?

Is the Canon EOS R7 worth the upgrade?

Cost is a significant factor for most of us.

We can’t talk about the new R7 without considering the price factor. This is an impressive statistic when you consider the cost of the other bodies in the Canon R range currently.

The R7 is set to be the cheapest camera in the line up.

So because of its lower cost, it’s not particularly wise to compare it to the rest of the R body range. The R7 is the budget camera of the line up.

But this might lead you to think that a $1500 mirrorless body is going to be so featureless and basic that no serious bird photographer should consider it.

You would be wrong.

I am amazed at the quality of features in the R7. It is quite unexpected. 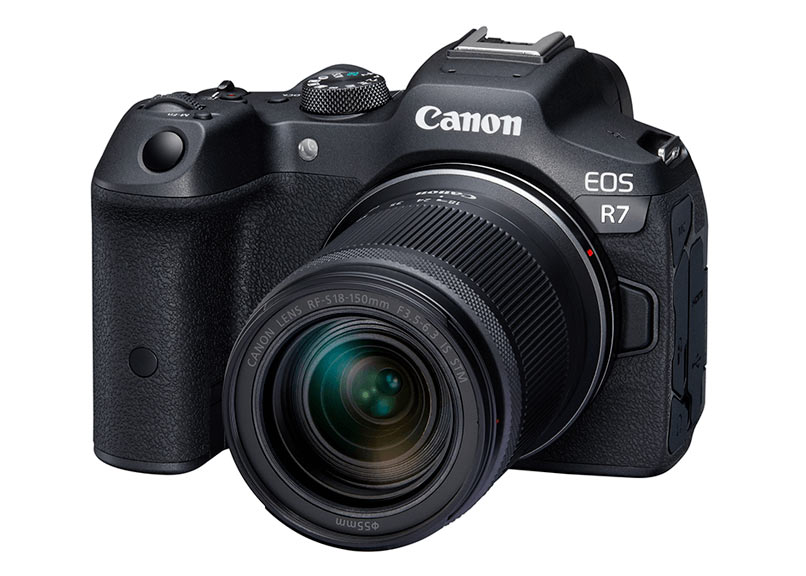 Since we’re primarily all about birds and wildlife here, the autofocus of the R7 is the first thing I want to look at. Without a good AF system, I won’t even think about buying this or any other body.

We know the AF in Canon’s mirrorless so far is exceptional. Can the R7 match the other bodies for autofocus performance?

The R7 animal eye AF isn’t new. This is the most exciting part: the R7 subject detection aspect of the autofocus system comes from the Canon R3. We know the R3 works amazingly well. This means tracking can be initiated from any AF mode. When you’re moving between different subjects, this feature can be the difference in getting or missing the shot altogether. This can’t even be done on the R5.

Being a cropped body, your AF box on the R7 is going to be much larger than on full frame bodies. This makes the body much easier to use particularly for beginner to intermediate photographers where it can be a struggle to fill the subject large enough in the frame when using a full frame body without a super telephoto lens.

For its price the AF animal eye tracking is exceptionally good. In times gone by a camera in this price range would give you pretty subpar AF, but not in today’s Canons. Compared to even the top old DSLR’s, expect the R7 AF tracking to be better by a significant margin. This means more keepers and more sharp images.

The R7 sensor is of course a cropped sensor at high resolution 32.5mp which provides lots of cropping room. s a comparison, cropping an equivalent R5 to R7 resolution would result in a 17MP image – almost half of what you get with the R7. Put simply with the R7 the subject is gong to be much bigger in the frame with any lens you use.

FPS is a hugely important feature for birds and wildlife when you want to capture that perfect millisecond of action. The faster the better, right? It does mean having to sort and process more images to find the one or two that you really like. But slower FPS almost always means missing the money shot.

How does the R7 look in terms of speed and buffer?

With 30fps electronic and 15fps mechanical, there’s nothing to complain about here with the R7. Few people will want or need any faster than this.

This makes the R7 faster in mechanical shutter mode than the R5, R3 and almost equal to the 1dX3.

So what about the electronic shutter?

The specs say 30FPS electronic shutter. Will this really work though? Can the buffer keep up?

This is the Achilles heel of the R7 stated 30FPS electronic shutter is the buffer. It simply wont be able to keep up with writing that many files per second no matter how fast your SD cards are. The camera’s internal temporary memory will be the bottleneck here, there’s a limit to how many files it can store before they’re transferred to the card (keeping in mind all this takes place in milliseconds).

Buffer storage capacity will depend on your file settings in camera. Using RAW, the electronic shutter buffer in the R7 will store just over 40 files. With CRAW it’s about 65. So you’ll get just a bit more than one second of shooting at 30fps before the buffer starts stuttering.

The buffer then needs to clear before it can take in more files. While this is happening you will be missing the action in front of you. We don’t know how long the buffer clearance time will be on the R7 yet, but it’s likely to be more than 6 seconds. In that time, your bird has gone and you’re a very frustrated photographer.

You can get around this by just using the excellent 15FPS setting which is more than enough for 99% of situations. You can set 15FPS in both mechanical and electronic shutter. There’s no doubt this is going to be the most ideal setting for most R7 users.

Despite this, the extremely impressive 15fps mechanical shutter is enough to write off the electronic shutter buffer issue.

To get the absolute best performance when it comes to FPS speed and buffer ability of the R7, these are going to be your best settings to use:

This will give a buffer capacity of about 100 files and with little to no noticeable reduction in image quality in most scenarios. This is a good 6-7 seconds of uninterrupted finger down action shooting before the buffer starts to stutter.

More than enough time of that bird in flight, Osprey fishing, Kingfisher diving prized image. You won’t get much better from a $1500 camera, in fact this is the sort of performance we used to expect in a camera priced above $3000.

High ISO performance is another vital area any of us will think about when considering this camera. How does the image quality hold up in low light at high ISO? Of course this always comes down to how you expose the image, but the camera itself plays a big role in the noise that your image will contain.

We know the R6 and R5 are exceptional high ISO cameras.
The R7 will not be as good as those bodies. Cropped sensors will always be a slight disadvantage when it comes to ISO performance. But that doesn’t mean poor performance. Expect the R7, when exposed well, will do very well at ISO 3200, ISO 6400 and with good NR processing skills potentially higher when needed.

There are some physical changes to the R7 compared to the R5 and other cameras. How you feel about this will depend whether you’ve used any other R cameras, or if the R7 is your first. In any case the ergonomics are hardly a deciding factor, simply due to the exceptional performance that the R7 is going to be capable of as I’ve outlined in this article.

All indications are that the R7 is going to be the perfect affordable upgrade particularly for Canon users who are still using a DSLR, as well as anyone wanting a first mirrorless camera with little compromise on features and performance.